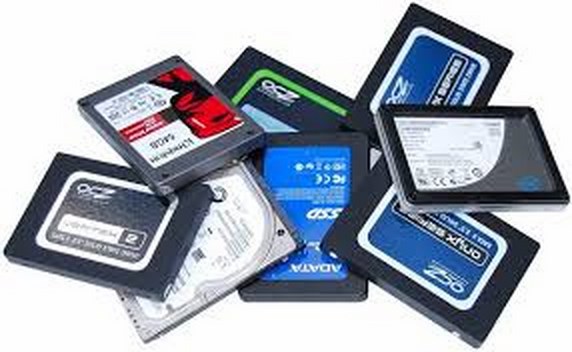 The prices continue to drop on SSD drives, making them now, more than ever, an attractive upgrade for your PC or Laptop.  In short there are three reasons you should consider an SSD Upgrade, swapping our that primary hard drive with an SSD drive.

They also weigh less and operate cooler for you laptop fans: Let’s look at the big three in more detail.

SSDs are Much Faster:

SSDs have up to 100 times greater performance with almost instantaneous data access.  You will find your system boots faster (up to 2X), and has significantly faster file transfers, and and provides overall a faster computing experience than traditional hard drives. Hard drives have a lot of moving parts and rely on the spinning disk to access the data.  All data on the SSD Drive can be accessed at once.

SSDs use significantly less power at peak load than hard drives. Typically for laptops a Hard Drive uses somewhere in the 6 watt range with SSD drives consuming less than two watts. This energy efficiency translates to longer battery life in notebooks, and a cooler computing environment.

Solid State Drives feature a non-mechanical design of NAND flash memory mounted on circuit boards, and are shock resistant up to 1500g/0.5ms. Hard Drives consist of various moving parts making them much more susceptible to shock and damage.

As is common in the wonderful world of electronics, price drops are inevitable.  Prices have dropped 20-30% in 2014 from 2013. If you shop around, you will find great deals from time to time on sources like Amazon, Newegg, and those deal of the day sites.

So… how much capacity do I need?  In the case of a desktop, you can use a relatively small SSD, say 120Gb, and locate all your large storage needs on a 2nd hard drive. In the case of a laptop with only a single hard drive bay, you will want to purchase a large hard enough SSD to store all the data you need, maybe 256 or 512Gb SSD.  If you have the funds, you can buy SSD Drives as large as 1TB.

If money is no object, and your system supports multiple drives and has a RAID controller, you can arrange two identical capacity SSD drives in a RAID 0 configuration for even more performance improvements. RAID 0 works far better with SSDs than it does with hard drives, because mechanical drives aren’t fast enough to take full advantage of the increased bandwidth. In most cases, running SSDs in tandem works really, really well. Raid 0 is not a good idea with hard drives, since if one fails you are in trouble.

If your computer supports SATA III (6 Gbits/s) you want to make sure the SSD drive also supports this standard. If you have a desktop PC, make sure you connect your SSD drive to the fastest SATA port on your computer. Read more about this here:

Many SSD drives come complete with Disk Cloning software, which is the easiest way to do a rapid upgrade. Once your drive is installed you should verify the trim setting. Read more about this here:

Checking Amazon as of this writing, you can get a 120 GB SSD Drive for 65$, can you say WOW! A 480 GB SSD can be purchased for the affordable price of $190. One note: SSD technology and software has changed significanlty over the last couple of years, so check the performance of the particular SSD Drive before you take the plunge. Don’t buy one of the older generation drives, since for just a bit more you can buy one with faster memory and a better controller.

You can find performance reviews for a myriad of SSD drives on the web on sources like Toms Hardware and others.

I have upgraded numerous systems with solid-state drives. In every case the customer has been impressed. You will be too!

Upgrade your Hard Drive, you will be glad you did!