Everyone seems to be making SSD drives these days. Not all SSD’s are created equal. Just with a rotational hard drive there are ways to measure and evaluate that SSD before you hand over the cash!

When it comes to SSD performance, you should compare (IOPS) Input/Output Operations Per Second. IOPS is a estimated measure of how fast the SSD can read and write random packets of data. This is probably the best measure of performance in a normal usage situation. Of course, it goes without saying that “The More the Better”, or saying it another way, the higher the number – the better.

Sequential Read/write is a measure of how fast the drive can write large amounts of data in one pass. This would be important when using a drive for data backups, or when you are storing very large files, such as movies etc.

For rotational drives, the rpm is a key factor here for example 7200 RPM is better than 5400 RPM. In the case of SSD, this is not a factor, instead the type and speed of memory chips, and the software is the key here. A higher number is better here as well.

The life of a rotational hard drive is really a factor of the quality of the hardware. In the case of SSD’s, the life of a SSD is measured by how many times data can be written, erased and then written again. A Write Cycle occurs every time a block of data is erased and written to again. SSD manufacturers continue to make improvements in this area using Wear Leveling and improving the quality and type of memory used in the SSD.

The good news is that for most users today’s SSDs will outlast the hardware they are installed on. The nunber of Write Cycles, is of more concern for enterprise or business users where the SSD drives are in constant use.

MTBF stands for Mean Time Between Failures. It’s a statistical measurement that predicts the rate of failure. All you really need to know here is that bigger is better. Again this is more of a concern for enterprise or business users where the SSD drives are in constant user. For the home or personal users, today’s SSD’s will most likely be the last component to fail. A simple comparison of the manufacturers warranty might be more important.

How Is MTBF Calculated?

To Measure MTBF of a particular model of SSD, you would take 1,ooo drives, and run them constantly for 8 hours per day.  A calculated MTBF of 2 million hours, would mean that for a particular SSD model, one would fail every 250 days.

Memory cells in an SSD can be one of three types: single-level cell, multi-level cell, or triple-level cell. These describe how many bits can be stored per cell: 1, 2, or 3. For consumer-grade drives, SLC and MLC are the more common variants. Here is what you need to know, SLC drives are faster and more reliable but more expensive while MLC drives are more cost-efficient but have a slightly higher data failure rate and a bit slower. TLC is the most cost-efficient but prone to an even slightly higher data failure rate and again even slower.

For the very highest in reliability, you should choose an SLC drive. This is ideal if you really can’t risk drive failure. This is not so say that MLC and TLC drives have an unacceptable data failure rate, but you should be aware of the tradeoffs in this area.

The form factor of an SSD describes its real physical size according to a particular standard. As you can probably guess Form factor is important because it determines if if will fit in the target environment.

For SSDs, the majority of drives have a form factor of 2.5 inches, which works well with laptops and desktops. You may need a 3.5″ to 2.5″ adapter to use a 2.5″ drive in your desktop. When using the SSD drive in a laptop you should also consider the height of the drive. 2.5″ drives can be found with heights or thickness of anywhere between 0.75 “to 0.37”. 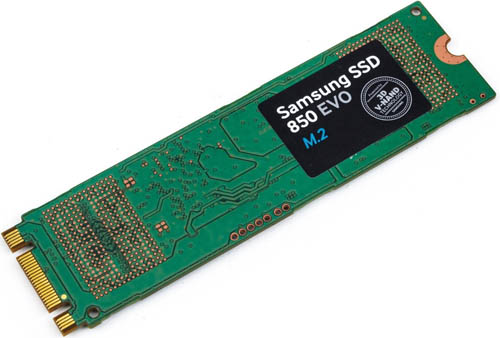 The latest drives are being manufactured in a M.2 form factor as shown above. If your motherboard supports the M.2 standard you will be even more pleased as these drives and the interface are even faster!

SSDs are much faster than rotational drives, and if you have not already made the move to an SSD for your primary drive you should.  Prices have come down and you will wonder how you lived without it!

More Things to Consider When Buying an SSD